ACrew4U is here to connect you with the best location camera crews wherever in London or nearby, made up from only the best freelance cameramen around.

We only use the most reliable and professional freelance camera crews because we care about your film, and we want it to be as good as you envision it being.

A Videographer for all corporate projects such as your Case Studies, Customer Testimonials, Executive Interviews, Event Videos, Live Webcasts or even Drone Filming.

Whenever or wherever you need them, we can help you find a professional camera crew in London, whether it’s just for a day or for weeks at a time.

Arguably one of the greatest cities of the world, London is the biggest city in the European region, capital of the UK and England and a world cultural, financial and commercial hub. With 12 million habitants and lots of open space, this is one of the most livable big cities on earth.

How we can help

Our video crews in London can shoot in all formats, from SD to Arri Alexa and everything in between. We can provide crews of all sizes, with multi-camera shoots and live mixing too if that’s what you need. Our dedicated project managers all speak English, and are as hard-working and professional as you’d expect them to be.

Our favourite places to visit

London, a city that is divided into north and south by the River Thames flowing into the North Sea has long been a major city. It combines old and new in a very appealing package and is famous for its dynamism and trading links with the world. It is this dynamism, combined with a suprisingly laissez-aller attitude of the locals and lots of greenery that make it a very pleasant place to wander on a summer’s day.

Eating – lunch by the Thames

The River Cafe Rainville Road, London , W6 http://rivercafe.co.uk/ Maybe take a stroll along the Thames path before alighting here, at the River Cafe, for a well-earned bite to eat. This riverside restaurant serves wonderful food in a lovely setting (architect Sir Richard Rogers’ wife created this as his practice’s staff canteen), just save your pennies for the bill and be sure to allow enough time for a relaxed digesitf or three at the cafe or one of the numerous riverside pubs before making the trek home.

“There is no finer sight in London than the Thames. Here between Putney and Hammersmith Bridge is the River at its most haunting. A fitting place, therefore, to toast Old Father Thames in suitable style”

Walk along the South Bank Thames Path Walks No apologies for returning to the river again. Walking from near Battersea Power Station to Tower Bridge takes you past some famous sights and is one of the nicest things the writer of this guide can reccomend. Weather permitting…

“Give me all the money on earth, and a sunny day. I’d still want to be by the River Thames (apart from the odd week in Miami)”

The Museum of London 150 London Wall, London http://www.museumoflondon.org.uk/london-wall/ The greatest city on earth has one of the best city museums on earth, well worth an hour of your time.

“London has such a lot going on in the here and now that you can lose sight of how it got where it is!”

Skyfall – This James Bond film makes extensive use as London as a backdrop, fittingly so for a film that was released in 2012, year of the London Olympics.

Sherlock Holmes – The BBC drama series with Benedict Cumberbatch is set in London of modern times and brings the classic detective films a contemporary twist.

Notting Hill – Aspirational rom-com set in London’s achingly expensive Notting Hill. No way could he have afforded to live there! Still, we can all dream.

A Clockwork Orange – Stanley Kubrick’s dystopian masterwork is set in a future London replete with its own street language and disturbing violence. 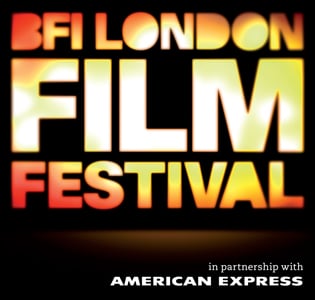 The London Film Festival The biggest film festival in th UK has over 300 screenings and is attended by the great’n’good of international cinema and expertly laid on by the BFI, the local film organisation here.

Forgotten your laptop charger? Come to London without any props? Lost your makeup artist’s luggage? Don’t worry — it happens to the best of us!

Place to buy props and Costumes

John Lewis
With stores all around the London, John Lewis department stores are a great choice when you need to accesorise your set or dress the talent.
John Lewis

Your London film crew are a helpful bunch, so if there’s anything else you’ve forgotten to bring, they’ll be sure to point you in the right direction.

Camera crews in London cover the whole range of configurations

When you book a camera crew in London, our service takes you from A to Z

* These fields are required.